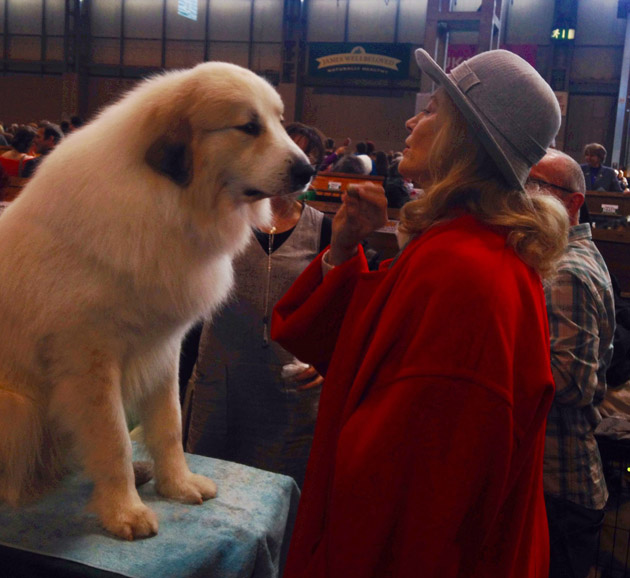 CRUFTS president Prince Michael of Kent paid one of his customary visits to the show on Saturday – but with a difference this time, as his wife was with him too. 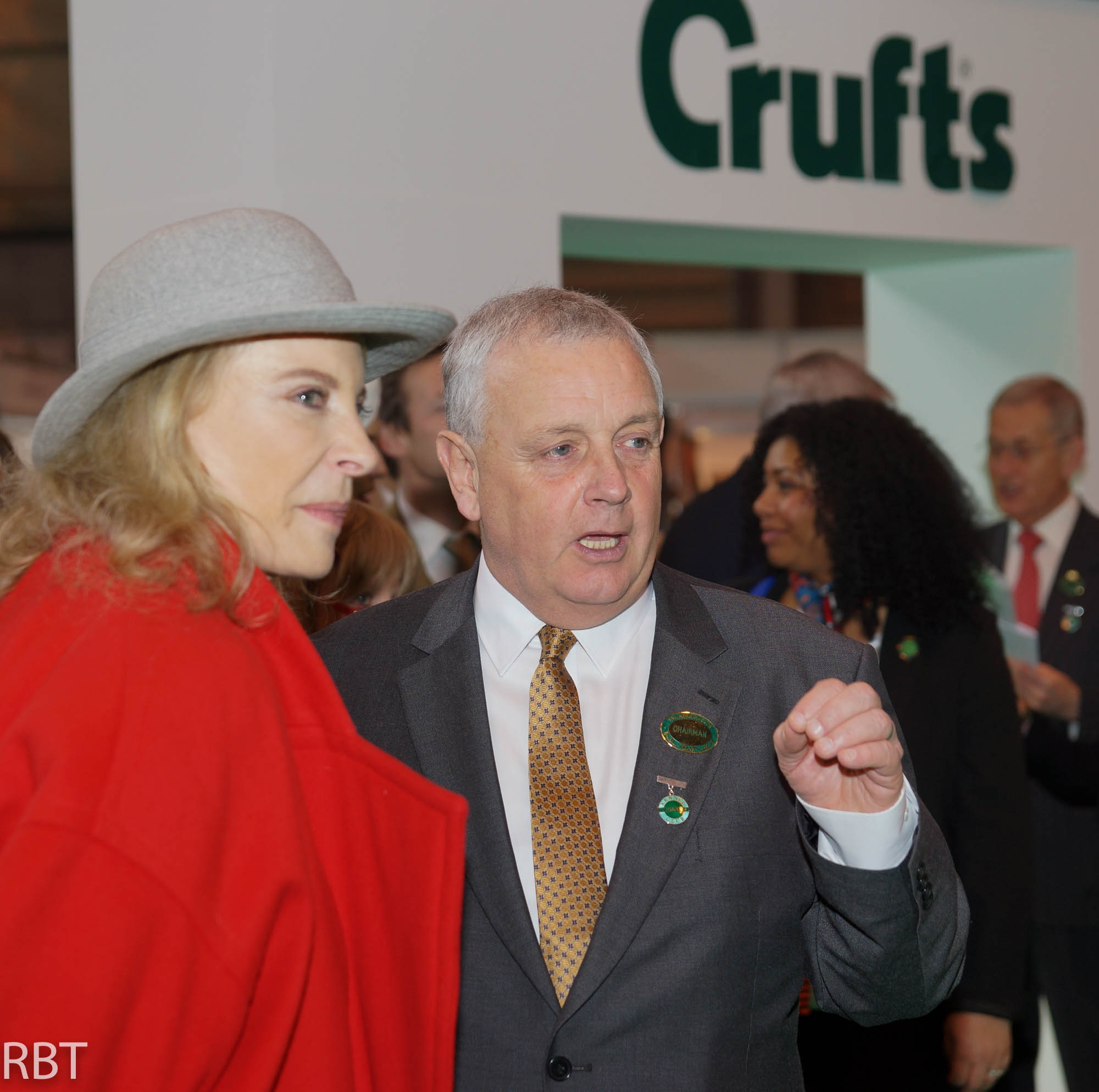 A lengthy tour of the halls and rings followed with the Prince and Princess clearly keen to get up close and personal with different breeds and talk to exhibitors too.

Their first port of call was the Obedience Championship and from there a quick march to the Great Dane judging where they talked to exhibitors, stroked the dogs and engaged in conversation with many present.

Next ring to receive royal attention contained Boxers, and after a quick dash past the Bullmastiff benches Princess Michael, who was clearly captivated with the dogs on show, lingered to look at a class of Tibetan Mastiffs before following her husband into the Rottweiler ring.

Mr Luxmoore led them then to the Siberian Huskies which were being judged by his brother Nigel Luxmoore-Ball, to whom he introduced the Prince. As the royal party left to move on to the St Bernards, Princess Michael told DOG WORLD she had been captivated by the Siberians, 'particularly their eyes'.

“But they need to be on snow,” she said, before describing her and her husband’s early life together. “We wanted to have children quickly – my husband had German Shepherds at the time but we wanted a breed of dog which children and parents would not be worried about. So when the eldest GSD died we got our first Labrador, and we’ve had them ever since.”

The Prince enjoys taking his dogs on shoots – ‘ which can mean a lot of mud coming into the house’, the Princess said.

“We’ve trained them not to jump on sofas – although when they go to stay with friends they climb on their furniture immediately,” she said. “They know exactly how to behave in different households.

"They’re a lovely breed and we enjoy owning them.”

The Princess also has Burmese and Siamese cats.

“We have two Labs and four cats – and you can guess who are the bosses,” she said.

After a trip to watch St Bernard and Pembroke Corgi judging, the royal party arrived at the KC's stand where they talked to those involved with the Accredited Instructor scheme, breed rescue, Petlog and breed rescue. 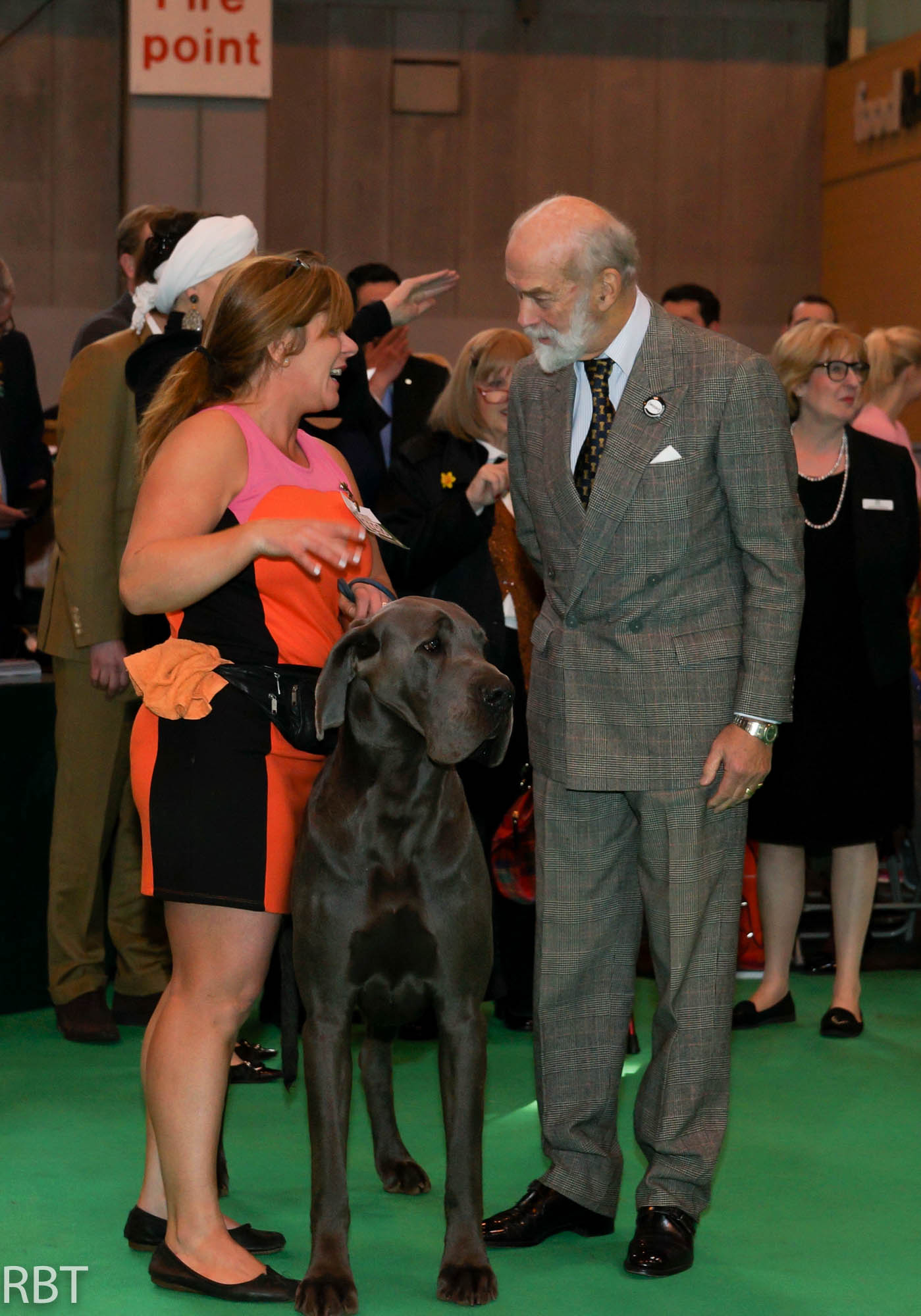 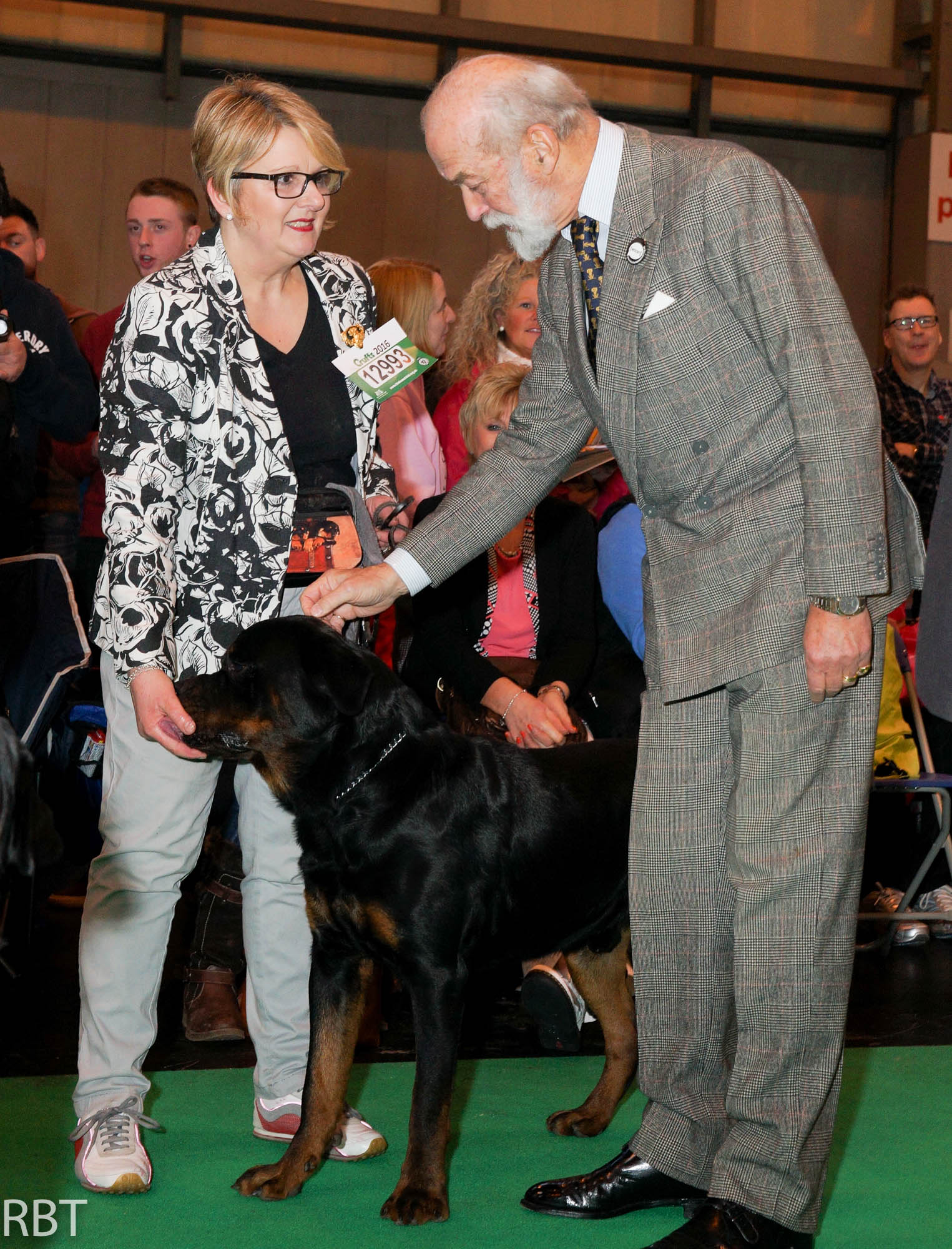