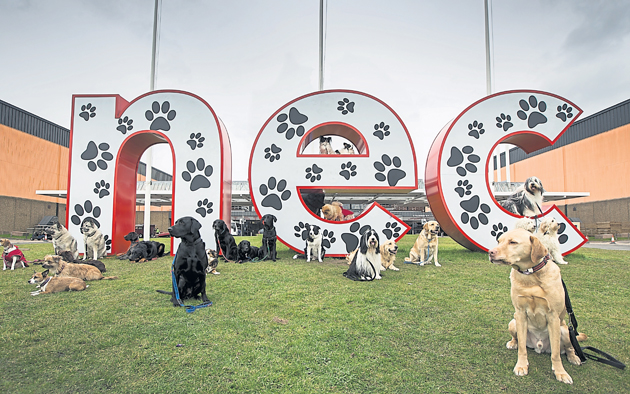 THE 125TH year of Crufts – the world’s largest dog show – was launched officially on Tuesday when 80 dogs and their owners from the Kennel Club Good Citizen Dog training clubs across the West Midlands gathered at the National Exhibition Centre in Birmingham.

The show will be ‘even bigger and better this year’ , the KC has promised, as it goes about celebrating the bond between dog and owner and the unique role dogs play in our lives. Almost 22,000 dogs will be heading to the NEC to compete – from the UK and around the world, with a record 3,396 from 47 overseas countries all competing for a chance to win best in show.

“More than just a dog show, Crufts celebrates the many diverse roles that dogs play in our lives, and sees competitions such as the Eukanuba Friends for Life final for hero dogs, the Scruffts Family Crossbreed of the Year competition, Obreedience, in which different breeds compete against each other in teams to prove who is the most obedient, and the ever-popular, fast-paced agility competitions,” said a KC spokesman. Full results from Crufts in next week’s paper.