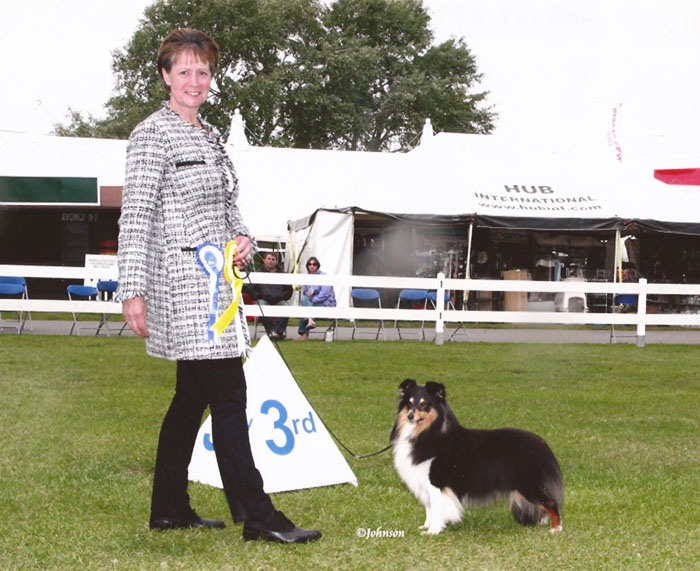 POISONINGS at Crufts have dominated the media for the past week, with reports that up to six dogs have suffered after being fed toxic substances.

An Irish Setter died and a Shetland Sheepdog became ill, and there have been rumours that an Afghan Hound and a Shih Tzu also succumbed, a West Highland White Terrier is still ill and another Sheltie may have been doped.

The Irish Setter who died was three-year-old Thendara Satisfaction (Jagger), owned by Dee Milligan-Bott, Jeremy Bott and Willem and Alexsandra Lauwers, collapsed after he had returned to Belgium the day after Crufts. A post-mortem examination revealed various poisons had been put in cubes of meat, Mrs Milligan-Bott said.

And in a second exclusive interview with DOG WORLD she said she felt Jagger had been targeted by a member of the public who had gone to the show intending to harm a dog.

Another exhibitor told DOG WORLD her dog had been fed a toxic substance while on the benches. Mylee Thomas said she returned to the bench after a short period away to find that her top-winning Shetland Sheepdog bitch Ch Myter Eye To Eye, had vomited and was clearly ill.

And it appears that the breed record holder, Debbie Pearsons Ch Edglonian Singin The Blues (Sid), may also have been targeted. Sid won best of breed but the challenge was halted at one point when he had to be taken away from the ring.

Mrs Thomas bitch, who came second in her class, became ill before being shown.

"She seemed fine while I was grooming her, she said. "I left her for a short while and when I returned to her cage shed been sick.

"She was then sick numerous times within a very short space of time. She was weak on her legs and her pupils were dilated.

"I took her to the vet and reported the incident to the Kennel Club, filling in a report form. I wondered whether I should show her but I decided to, although at the end I had to pull her away from the ring as she was being sick again.

"You could tell she was in considerable pain. Im an experienced dog owner and I know my dogs, and I could see she was suffering. Luckily she has made a full recovery.

Mrs Thomas asked the vet at Crufts whether a blood test could be taken to ascertain what had been administered.

"But they said it would cost hundreds of pounds and that even then there may not be a clear result so we decided to leave it, she said.

"This is all very sad. Im just going to have to be extra vigilant and think of ways that I can ensure my bitch is more protected at shows.

Co-owner Willem Lauwers said Jaggers toxicology report would be complete by the end of the week. He declined to comment further except to confirm what Mrs Milligan-Bott had already said.

On Monday Mrs Milligan-Bott thanked everyone who had sent messages of support over the past three days, saying she no longer believed that anyone from the dog world could have killed her dog.

"The marvellous messages Ive received woke me up to the feeling that there is no way someone involved in this sport, no matter how competitive, could have done it, she said.

"I believe it was a random act by a dog hater, and that makes it very, very scary. Crufts is the biggest show in the world and our best one, she said. "It attracts the largest number of members of the public

"I think someone went with poisoned meat knowing what they were going to do  someone who hates dogs.

"Crufts is an obvious opportunity.

She referred to the protest in the main ring of Crufts during best in show on Sunday evening when a man ran on holding a banner saying Mutts Against Crufts, before being manhandled out of the ring by security.

"I believe the KCs security isnt tight enough, she said. "The public need to see the dogs but you cant be with them the entire time.

"Week in, week out we go to shows, bench with the same people and are friends with them  we look after each other. But you cant be with your dogs 24/7, and as far as Crufts is concerned everybody has access to dogs. At some point every dog will become available.

"Maybe that has to be looked at.

Jagger was one of several dogs brought to Crufts by Mrs Milligan-Bott and Ms Lauwers, and they were benched together, although it is understood the dogs changed places after one became agitated about being near a bitch in season. Jagger, who has one CC, was second in limit; Mrs Milligan-Botts Sh Ch Thendara Pot Noodle won best of breed.

Nothing appeared untoward until dogs and owners had returned to Mrs Milligan-Botts home on Friday.

"All the dogs were all running and playing together and Jagger seemed a bit tired, unable to keep up with the others, she said. "Three or four hours later after getting back to Belgium he collapsed and by the time the vet arrived he was dead.

"The post-mortem showed that two or three different poisons were used and that it is likely it was administered on Thursday morning; were now waiting for exact toxicology reports. Whoever did this knew what they were doing, trying to get exactly the right type of poison with a slow release.

"They take this kind of thing far more seriously in Belgium, and the police and Belgian SPCA searched Alexs house and took blood from all the other dogs.

"Im not sure which bench Jagger would have been on when this happened, but he would have moved bench. We had three dogs one side and two the other. There was a bit of a muddle. But you become paranoid after a while.

Clarifying the time-frame of what had happened to Jagger, Mrs Milligan-Botts said he died on Friday, the day after he was at Crufts, and the post-mortem examination was carried out on Friday night.

"He was definitely poisoned, and the toxicology tests will not only tells us what poisons but will give us a definite time frame.

"The vet said he had consumed the poisoned meat within 48 hours of that, which narrows it down. He left the house early morning on Wednesday and travelled from Belgium by car to a hotel, staying there before he went to Crufts. He then returned to the hotel before going back to Belgium. And he was always on a lead.

"Common sense suggests that the only time it could have happened was on the bench while we were showing other dogs.

Jaggers owners are hoping that CCTV may reveal what happened.

"If it did pick up something, that would be wonderful  to know, finally, who it was. Theyre looking at the film, but its roaming CCTV at Crufts so it will be a question of luck if we see anything.

The amount of support Mrs Milligan-Bott has received had been truly immense, she said.

"From breeders, exhibitors and dog lovers worldwide, she said. "I feel totally humbled by it.

"I simply cant believe anyone in the dog world would have done this. If I believe that it would be a waste of everything Ive done  to think that someone could do that to a dog.

"I think its someone who hates dogs  a random act, which makes it very, very scary.

"This has been reported all over the world, sometimes with people quoting me out of context. And because of this I feel sorry for the people who, on Sunday night at Crufts, won the biggest prizes of their dog-showing career  and their lives.

"This shouldnt detract from that, and I would like to congratulate them because I know how hard you have to work  and travel  to attain such success.

"This whole, horrid event with Jagger has overshadowed the good parts of Crufts, not only for those people but ourselves as well.

The Kennel Club said it was deeply shocked and saddened to hear what had happened.

"Our heartfelt sympathies go out to Jaggers owners, said its secretary Caroline Kisko. "We understand that a toxicology report is due next week and that this matter has been reported to the police. We will work with them and help however we can.

"We are in contact with the owners and will do all we can to support them at this sad time.

A KC spokesman said: "There are lots of security measures in place at Crufts to ensure the safety of both dogs and owners, including CCTV, security guards and of course the vigilance of tens of thousands of dog lovers. While every measure is in place to protect dogs at the show it is important that owners remain vigilant and avoid leaving their dogs unattended on benches, which is in fact stated in communication that is sent to all exhibitors before the show.

"No one has eyes in the back of their heads so we appreciate that this may not be possible at all times, but keeping watch over your dog will minimise the risk of anything happening to him or her. 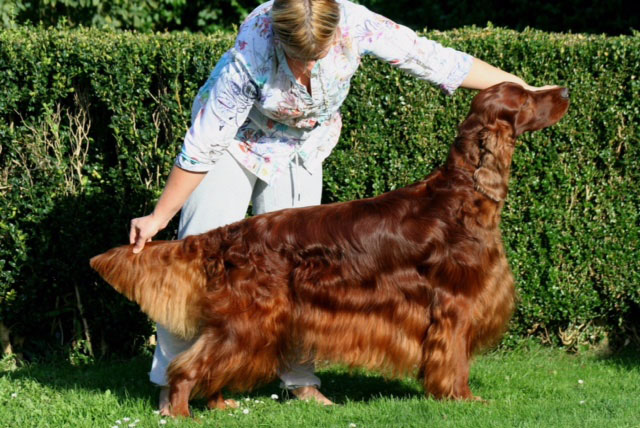